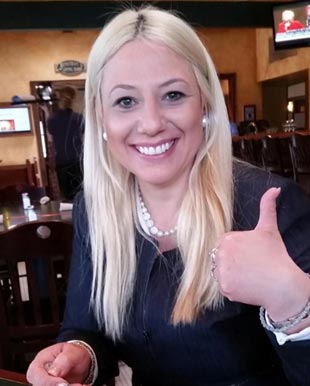 She began playing chess at age 7, and became a chess master at age 16. She won 1st place in the former Yugoslav championship for youth (under 19) and won several senior chess tournaments. She competed in the world championship (under 18) in Singapore, 1990, and the world championship (under 21) in Santiago, Chile, 1990. When she moved to the United States in 1992, her chess rating (elo) was at 2275 US points, which placed her as one of the highest ranked female chess players in the United States at the time. She has competed and won several US Open Chess Tournaments and performed in a 20 chess simultaneous game at the Rose Bowl Festival in Milwaukee, 1993, winning 19, with one draw.

Ksenija now uses her intellect and quickness to outmaneuver her opponent in the Courtroom. She has focused her practice on family law since 2006. Ksenija enjoys expanding her knowledge of the law and involving herself in complicated problem-solving cases. She takes a personal approach with her clients, and provides the best protection and service for them by addressing their concerns promptly. Ksenija is driven by the successful outcome of her clients' cases. When her clients are pleased with her representation, she feels a great sense of accomplishment.